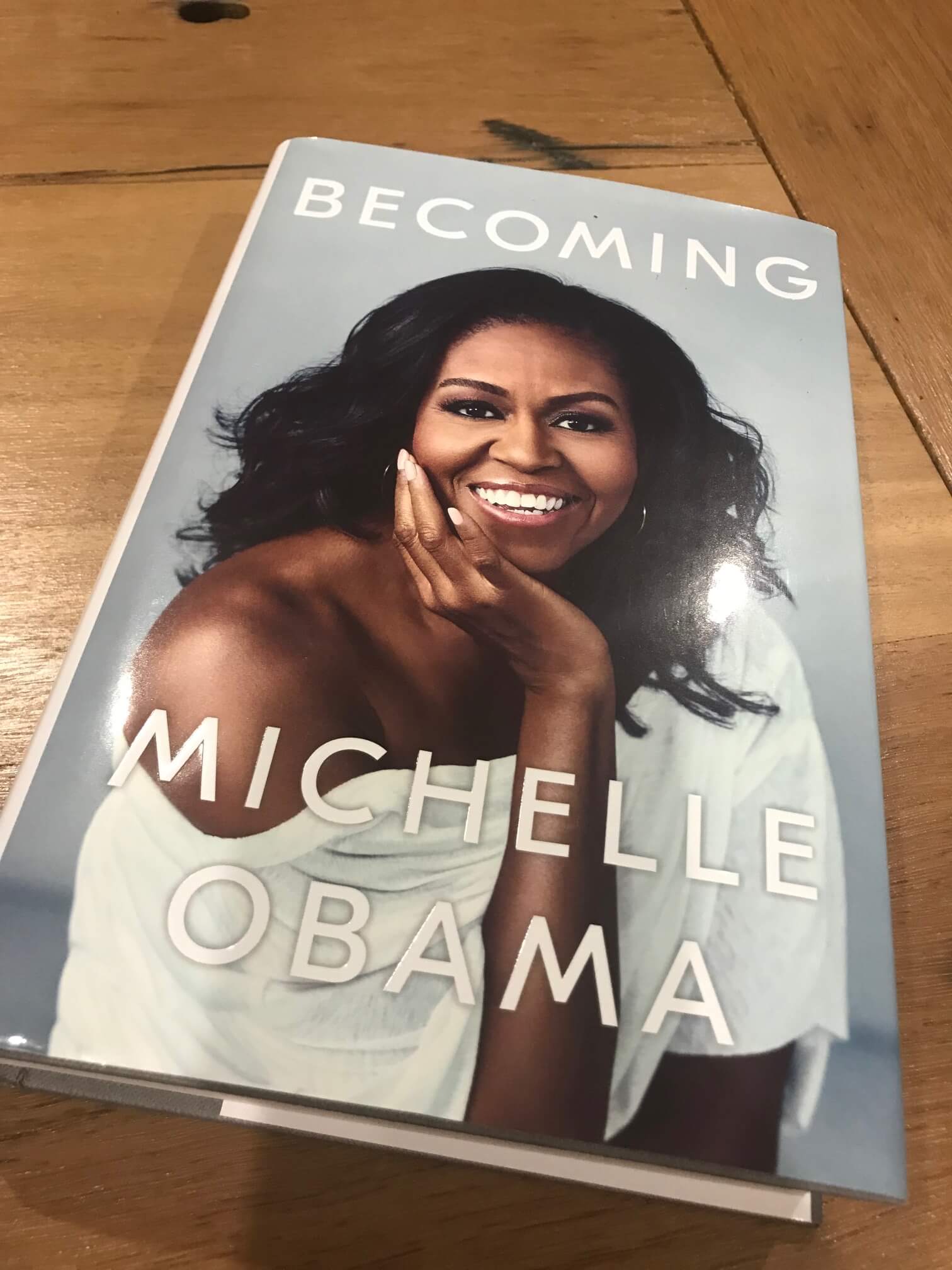 I absolutely loved this well written biography by the United States’ former First Lady, Michelle Obama. It struck me that recent reads that I’ve loved (both this and Leigh Sales’ Any Ordinary Day) have been ones where hope is a central feature. I’m definitely a glass half full kind of girl.

Becoming is split into three main parts – Becoming Me, Becoming Us and Becoming More where Michelle Obama takes us on a journey from where she has been to where she is going. Even if you’re not very politically minded, or even if Barack Obama wasn’t your President of choice, the book provides a fascinating insight into life behind the White House walls and life within the bubble that is the US Presidency.

The role of democracy
The book also raised fascinating questions about modern governments and the role of democracy in modern society. In the United States it’s not compulsory to vote like it is here. This means half the battle is convincing people that their voice matters. I think many leaders have come to power in recent times (around the world) because of apathy amongst voters.

Reading about how the Obama team went about connecting with constituents gave me hope. They really were about listening and responding. I think many of their policies came about through interactions with the general public and specific groups like military families.

Eloquence and Empathy
The two E’s – Eloquence and Empathy are also very apparent in Michelle Obama’s autobiography. Being exposed to the current President’s Twitter musings and rants, it made a refreshing change to read thoughts and ideas that were well thought out, structured and delivered.

Some would say I’m a dreamer, but I also value empathy in leaders. A politician who can really listen and put themselves in the shoes of others, who can feel what others feel, is more likely to bring about change for the greater good.

President Obama crying real tears after the Sandy Hook massacre meant that he was more determined than ever to bring about gun reform in the United States. Unfortunately, he didn’t have the numbers to make that happen – not everyone could see past their own interests. But I liked seeing a leader that reflected what the vast majority were feeling – overwhelming sadness and shock that so many young lives had been taken.

The First Family
I didn’t think I would enjoy a book about politics,  particularly politics in another country so different from our own. But I had always admired Michelle Obama and had heard great things about her writing.

I’ve never read such a down to earth account about politics in the United States. Michelle Obama takes us on a journey explaining what it was like to have a husband run for President, how she found a meaningful role as First Lady and how she managed to raise a very young family in that volatile environment.

Admittedly, I fell in love with the Obama family after reading this book. And even though Michelle Obama has always ruled out making a run for the Presidency herself, I think she would have done an amazing job.

I hope there are some tell all books from the current administration staff one day. I think they’ll make for a fascinating, albeit very different, read.